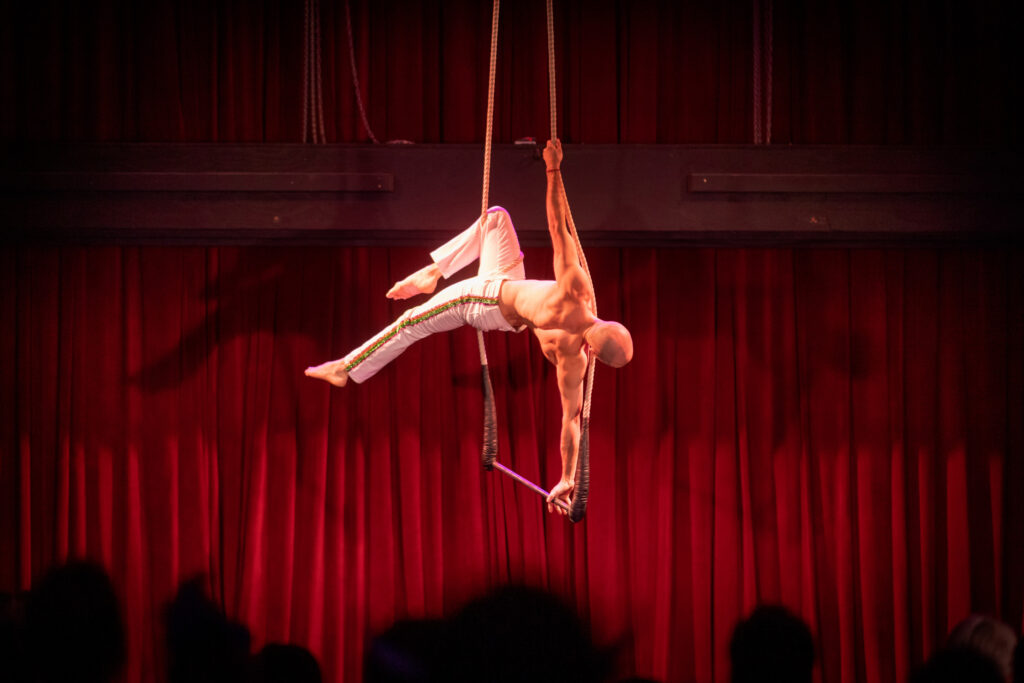 We are so excited to welcome back Terry Crane! Many of you may have taken a class from Terry or seen him perform in one of our past spectaculars!
Terry will be teaching Aerial Rope Level 2 from 7:30pm-9pm on Tuesdays and Aerial Rope Level 3 from 6:00pm-7:30pm on Wednesdays! Hurry! These classes will fill up quickly!
About Terry Crane:
Terry Crane has been practicing, performing, and living circus for two decades. He holds degrees from Oberlin College and the National Circus School of Montreal. He performs in the big top, on the stage, and in the street. He has performed in dozens of countries and for numerous companies including Teatro Zinzanni, the UMO ensemble, Flynn Creek Circus, Circus Flora, and Circus Monti. His work is influenced by his roots in contact improvisation, capoeira, dance, personal clown and wild nature. As a mentor, Terry delights in sharing his love of vertical rope technique, circus creation, and collaboration. He performs on vertical rope, Cyr wheel, slackrope, and trapeze. Terry is delighted to be teaching and sharing circus magic at Emerald City Trapeze.